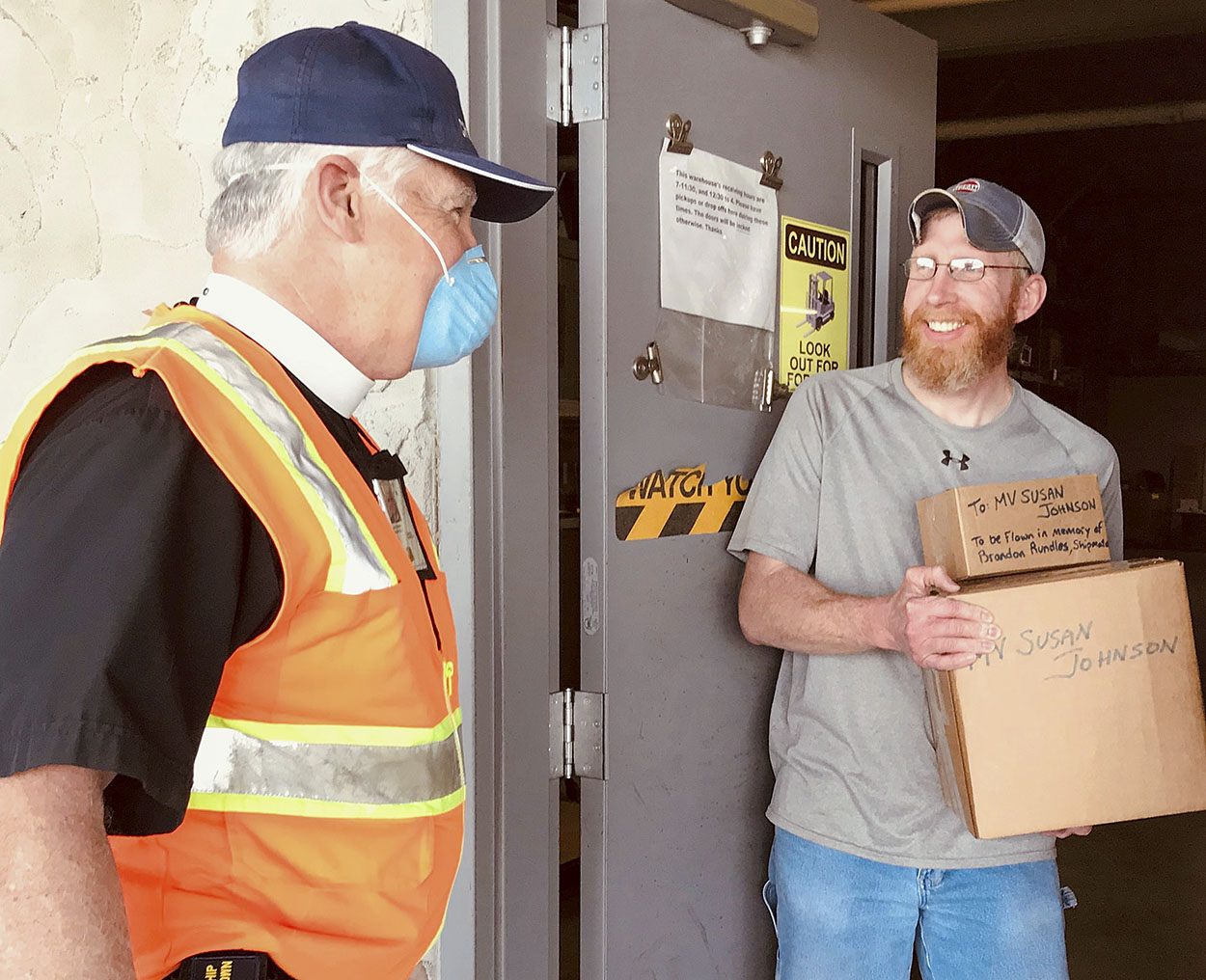 Note: This is a revised and expanded version of a story that was previously posted on Waterwaysjournal.net. This version also appears in the April 13, 2020, print edition.

The Seamen’s Church Institute is continuing its ministries, using new technologies as well as traditional in-person response during mariners’ emergencies.

SCI reassured supporters in an emailed bulletin and website message about its ministries’ continued operation as the world responds to the coronavirus pandemic. It is also using time when its offices are closed to work on new, internet-based learning opportunities for mariners that will eventually be used in conjunction with simulator training in Paducah, Ky., and Houston, Texas.

SCI has four campuses—New York City; the Port of Houston; Paducah; and Port Newark, N.J.—and its work touches 18 states as well as the Gulf and East coasts. SCI has temporarily closed its offices in response to edicts from various state governors as well as to do its part in “flattening the curve” of COVID-19, said Nancy Van Epps, director of communications for SCI. However, she said, both brown water and blue water chaplains are still committed to responding to emergencies with face-to-face contact when requested.

With New York the epicenter for the virus in the United States, SCI assured its supporters that it has taken steps there to protect its employees. “We moved pretty early in limiting access to the 50 Broadway office, which is our corporate headquarters in Lower Manhattan,” President and CEO Mark Nestlehutt said. Every employee in that office has been working remotely since March 10, he said.

SCI has 35 paid employees, 35 river chaplain associates and about half a dozen volunteers, Nestlehutt said. “No one on our staff has been furloughed or laid off, nor have we had any reduction in force at this point,” he said.

Seamen’s Church has made changes to some upcoming gatherings as well. The Maritime Training Benefit Luncheon originally scheduled for April 7 at the Marriott Marquis in Houston was canceled. SCI hopes companies will consider converting their table sponsorships to charitable giving to underwrite the cost of mariner training, Van Epps said. SCI has also postponed its 43rd annual Silver Bell Awards Dinner at Pier 60 on the Hudson River in New York from June to November 11. The National Waterways Foundation, which normally has its meeting in conjunction with the Silver Bell event, is planning a teleconference instead, with more information to be released later.

SCI has temporarily shut down training at its Centers for Maritime Education in Houston and Paducah, but it has remained in touch with boat leadership to reschedule training as appropriate, Van Epps said. SCI is also using the closures as a time to work on new initiatives. That will include a blended approach of internet and in-person training offerings that will ultimately allow trainees more time on SCI’s simulators.

The program will include a discussion board where students may ask questions, quizzes to assess learning, and internet-based record keeping that will be more efficient, Van Epps said. The online work will also mean students will get an estimated additional eight hours of training time to practice on the simulators during a typical 2.5-day training at each facility, optimizing their time there and maximizing companies’ return on their investment.

“It’s going to fundamentally change maritime education,” Van Epps said. “It’s in response to the expressed needs of boat leadership. Nobody else is offering anything like this.”

She said SCI is still ironing out details, including when the program will be available and how much it is going to cost.

“Everybody will be at the same level when they walk in the door,” she said. “Then they can use all the time there to be on the simulators. That knowledge base is going to be the same for everyone, but when they come in for simulation training, it’s going to be totally personalized for that company.”

The executive committee of the board of trustees approved the new training initiative on March 20, and instructors are using their time working from home, in part, to create the online modules.

“If we’re looking for the silver lining for this crisis, it’s that these guys finally have some time to work on this project,” Van Epps said.

The board also approved the construction of an additional bridge for SCI’s Center for Maritime Education in Houston, bringing the total to five.

“The new bridge will allow us to run simulations of a large ship with up to four attending tugboats in feasibility studies,” Director Capt. Stephen Polk said. “With this increased capacity, we will also have the ability to conduct medium- to small-sized feasibility studies at the same time as our maritime training. As long as we adhere to COVID-19 safety protocols, now is the perfect time to build without disruption to our training schedules.”

SCI is continuing its Ministry on the River, led by chaplains Kempton Baldridge and Thomas Rhoades, augmented by 35 river chaplain associates. They are reaching out by phone and video chat to check on mariners on a regular basis throughout the day, Nestlehutt said. They also continue to respond to pastoral emergencies on boats, when needed, as do SCI’s Port Newark chaplains. The Ministry on the River is still responding to calls to its toll-free number at 800-708-1998 as well as emails to chaplain@seamenschurch.org.

Baldridge and Rhoades are producing training videos for training river chaplain associates from their homes. So far, they have created six, 10-minute video training sessions. They are also offering a new program in which chaplains offer to call mariners’ families while they are away from home to reassure them. Rhoades asked mariners who would like to have SCI chaplains offer their support to text Rhoades at 504-982-0072 with their name, family members’ names and their phone numbers. They will then place the calls within a few days. Rhoades asked those interested in using the service to let family members know to expect a call so they will not be surprised.

“We’re doing a lot of this remotely,” Nestlehutt said. “We’re practicing social distancing, but at the same time any critical incident—any drowning by overboarding, any suicide while on ship—we are still responding to personally and immediately, and we have been doing that repeatedly over the last two weeks.”
Nestlehutt said it is important in emergency situations to recognize the value of chaplains coming in person to assist.

Nestlehutt noted that more than half of the United States’ population is in isolation and practicing social distancing.

“Yet, even as we are physically separated, we are confronting our new normal together, sharing many of the same experiences and undergoing the same anxieties,” he wrote in an emailed bulletin. “As human beings, we yearn for community and connection. In order to overcome the feelings of isolation that accompany home confinement, people are discovering creative ways to connect through virtual dinner parties and cocktail parties, joint movie-watching while on FaceTime, or even remote gaming with a friend.”

Nestlehutt also reminded those receiving the email that while the quarantine may be novel for readers, isolation is one of the greatest challenges to seafarers and mariners, even in the best of times. “The COVID-19 pandemic has only exacerbated those issues of isolation, loneliness and family separation for the mariners we serve,” he said.

In its nearly 200-year-old history, Nestlehutt talked about the organization and its ministries continuing despite other challenges, including two world wars, the Great Depression and the 9/11 attacks.

“In this time of uncertainty, I want to assure you that we at The Seamen’s Church Institute remain focused on our mission and are steadfastly committed to those men and women we serve in the maritime industry,” he said. “As we accomplish our mission, we have taken actions to mitigate the risks to our staff and colleagues. We may be physically separated, but we remain in this together.”