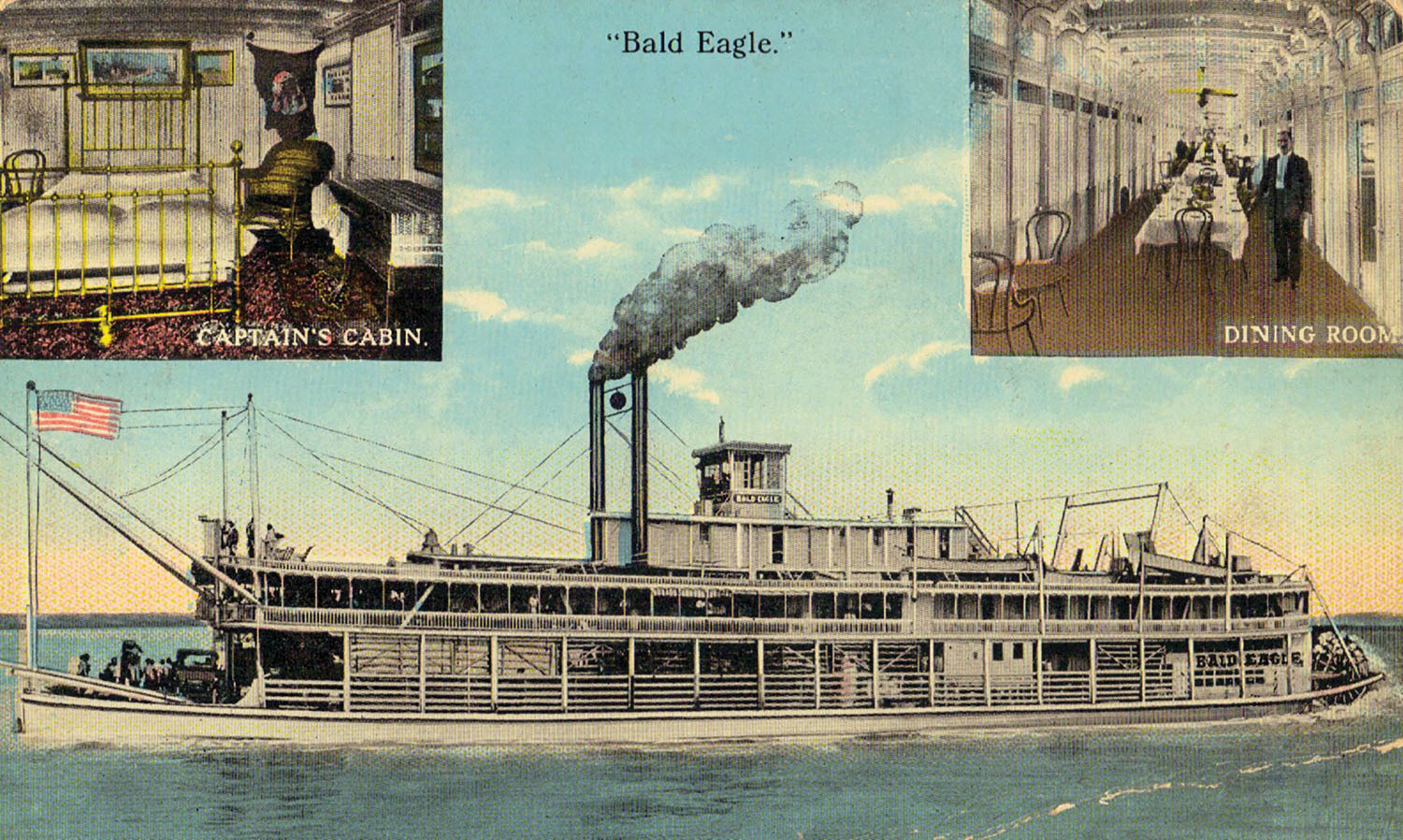 In 1883, for a contract price of $16,750, the Howard Shipyard at Jeffersonville, Ind., built the Benton McMillin, a modest packet boat named in honor of the Tennessee congressman, who later served as governor of the state from 1899 until 1903. McMillin (1845–1933) was noted for being an old-line Democrat who was a staunch advocate of low tariffs.

Constructed on a wooden hull measuring 155 feet in length by 33 feet in width and having a depth 5.5 feet, the sternwheeler had three boilers, which provided steam for engines having 14.5-inch cylinders with a 5-foot stroke.

The boat ran on the Cumberland River until 1886, when it was entered into the Pittsburgh and Cincinnati trade, then owned by Capt. Hod Knowles (who was also master of the steamboat), Ira Huntington and additional investors. Capt. William Brookhart and Capt. Aaron McLaughlin were the pilots, with James Chamberlain presiding as chief engineer. Bub Baer was second engineer. W.H. Baker was mate, and James Daniels was steward.

After being laid up in late February 1888, on March 1 of that year, the boat was sold to new owners on the Illinois River, who renamed the vessel D.H. Pike. The hull was lengthened to 199.6 feet at a Cincinnati, Ohio, shipyard. The steamboat was noted for its “wildcat whistle” and the fact that it was among the first boats to have electric lights. The whistle was known to be extant as late as 1942, at that time owned by Capt. John Belk of Cottontown, Tenn.

During the 1890s, the Eagle Packet Company, owned by the Leyhe family, ran the Pike in the St. Louis–Peoria trade. The St. Louis grocery firm of Scharff & Berneheimer once chartered the riverboat, loading it with sundries before taking it as far as Knox’s Point on the Red River. The D.H. Pike was dismantled in 1898.

Utilizing much equipment from the Pike, the Bald Eagle was built at Madison, Ind., in 1898 on a new hull, which measured 206.5 feet in length and 34.2 feet in width. Operated by the Eagle Packet Company, mostly in the St. Louis–Illinois River trade, the vessel later ran in the St. Louis–Cape Girardeau–Commerce trade. In 1929, the boat ran in the St. Louis–Fort Madison trade. After retirement, the partially dismantled steamboat was used as a quarterboat on the Missouri River for projects. The hull broke in half and sank in 1934.

St. Louis teacher, river historian and museum curator Ruth Ferris (1897–1993), who specialized in Eagle Packet Company memorabilia, owned a silver water pitcher, sugar bowl and cream pitcher from the Bald Eagle. The artifacts were a gift from Capt. Billy Clark, who was a longtime pilot for the Eagle Packet Company. Ferris displayed the relics in her Midship Museum aboard the Becky Thatcher (formerly the steamer Mississippi) while that retired riverboat was a tourist attraction at the St. Louis levee. The water pitcher was stolen in 1970 while the museum was closed for the winter months; the sugar bowl and cream pitcher, along with a large wooden tool chest from the Bald Eagle, are currently exhibited in the River Heritage Room of the Alton, Ill., Museum of History and Art.