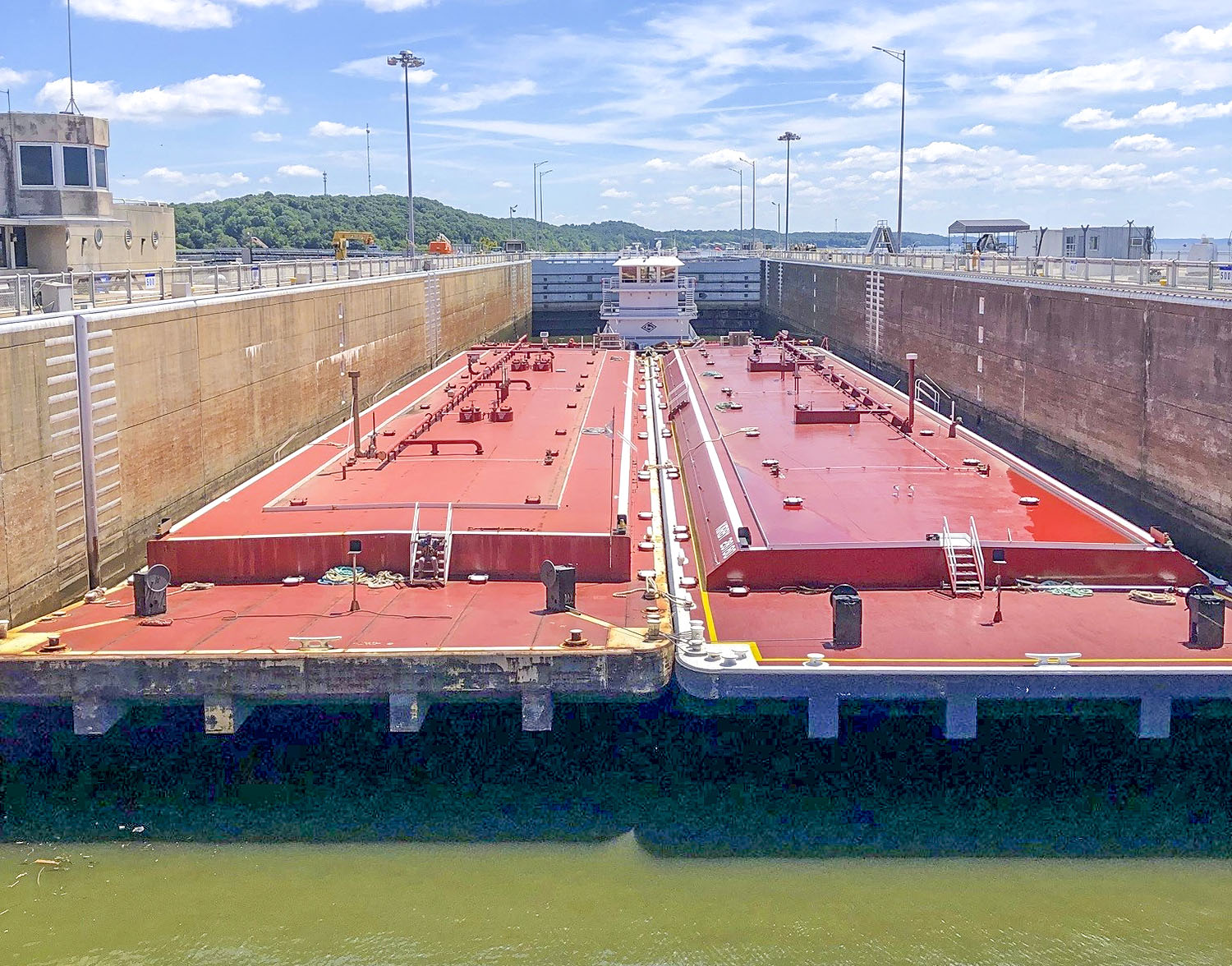 A broken stem on one of two emptying valves at Kentucky Lock will require a closure during daylight hours beginning September 6.

The closure at the lock, Tennessee River Mile 22.4, is expected to continue until September 26. Traffic will be able to pass through the chamber from 6 p.m. to 6 a.m.

During the closures, vessels are encouraged to use Barkley Lock via the Barkley Canal, according to the navigation notice sent by Brian Mangrum, the Nashville Engineer District’s chief of the maintenance section technical support branch.

Caleb Skinner, lockmaster for both Kentucky and Barkley locks, said a crew was doing a normal inspection a little less than two months ago when they discovered the valve stem had bent. As it had been fine earlier in the day, they know exactly which day it occurred.

“We are going to repair that valve stem and, hopefully, during that time discover what was the cause of the valve being bent and the operating machinery not being able to be used,” he said.

The emptying valve has been out of service since the bent valve stem was discovered.

“When it’s bent like that, the machinery doesn’t operate properly,” Skinner said.

However, the lock was built with two emptying valves, so the chamber has remained in service. It just takes twice as long to empty, Skinner said, averaging 30 minutes instead of 15 minutes.

The lock’s emptying valves are 12 feet tall and 12 feet wide and made in a semi-circular shape. They open a passageway into a culvert that allows water to run into or out of the lock chamber.

As machinery to operate the lock needs to be at the top of the wall, a series of motors and gearboxes is attached to the 62-foot-tall valve stem that connects the machinery to the valve. The stem is made of 18-inch-diameter metal pipe.

The machinery normally pulls the valve upward using the stem or reverse to set the valve back down.

Bent valve stems are not uncommon, Skinner said. He noted that since 2015, three stems have bent. The valve stems are designed to do so when something is wrong with the system, preventing damage to the machinery or valve. “We keep spare ones on hand to be able to change these out whenever it happens,” Skinner said.

It takes longer to schedule a repair crew and an available crane, however.

“We’re actually really lucky this time that this happened less than two months ago, and we’ve already got a crew available to work on it,” he said.

So far, the valve stem repair has not caused additional delays, Skinner said. He noted that the average delay at the lock is about 12 hours, and the Corps has been able to keep that from building. At times, he said, the wait has decreased to four to six hours.

However, Skinner said it is possible that with the chamber closed during daylight hours, it may not be possible to clear the queue at night. He suggested using Barkley Lock, accessed through the canal between Kentucky Lake and Lake Barkley, as an alternative route.

However, the Cumberland River is expected to be closed September 12–13 for the float-in and lift in place of the main span of a new bridge over the Cumberland River at Smithland, Ky., as long as the weather cooperates. Skinner said that with some extra time built into the schedule, it may be possible to allow navigation through the lock on those days if the queue has grown to a substantial wait and the extra time isn’t needed for the valve stem replacement.