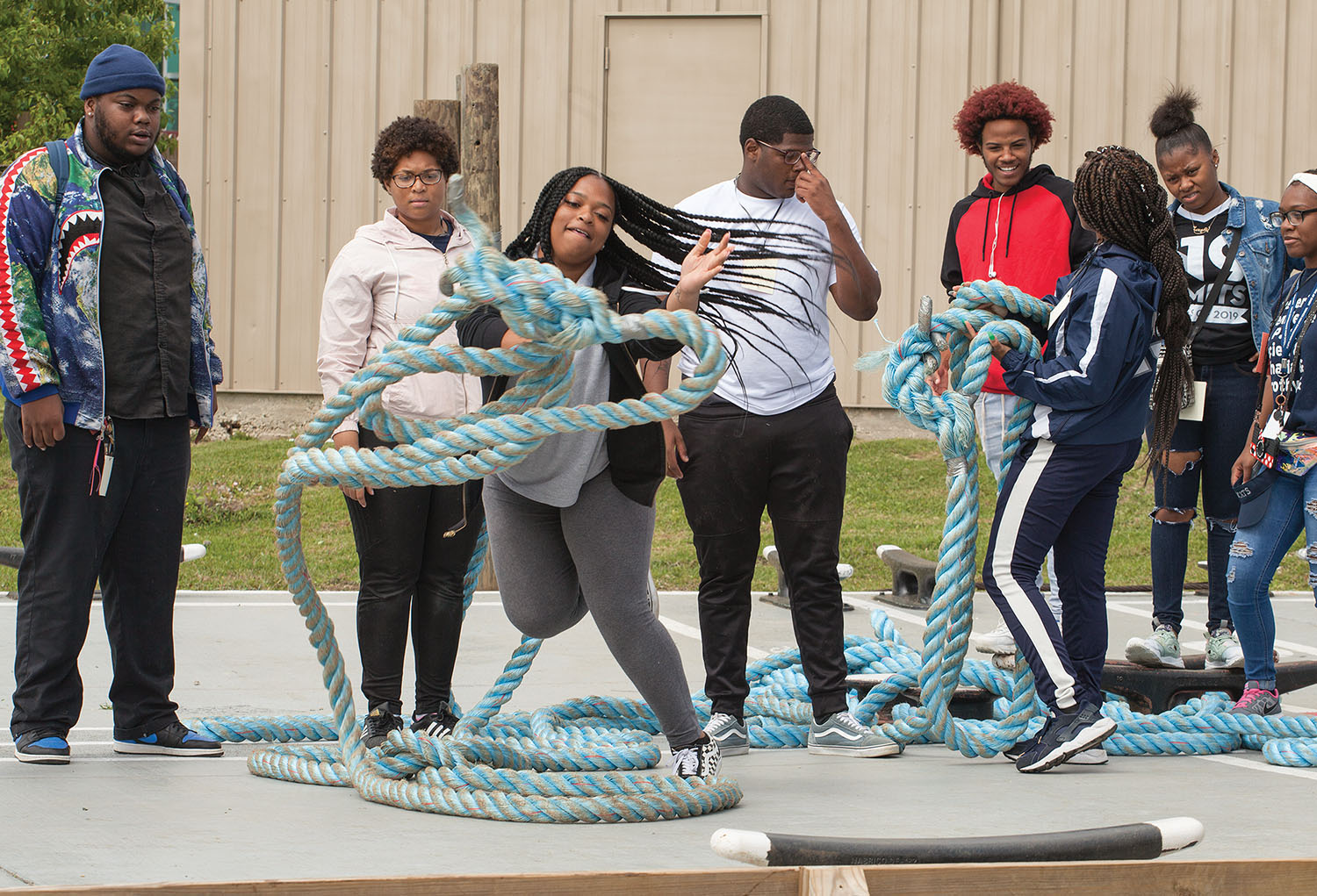 About 70 sophomores, juniors and seniors from KIPP Renaissance High School, located near the Mississippi River in New Orleans’ Ninth Ward, participated in the career fair, where they divided into five groups and visited stations focused on different aspects of maritime industry life.

Nakeila Polk, outreach specialist for the City of New Orleans and president of TTCGNO, said the intent was for the career fair to be a day of discovery for the high schoolers.

“We want them to know there are options beyond a four-year college that lead to a career that will allow them to see the world and provide for their future family,” Polk said.

Students received a certificate at the conclusion of the career fair in recognition of the training they received.

From the 70 participants at the career fair, 15 to 20 will be chosen, based on interest and performance, to meet with a career counselor and eventually earn a four- to six-week internship with a partner company. Polk said those students will participate in soft skills and interview training later this month, followed by a formal interview with representatives from a partner company.

Polk, a native of Detroit and longtime New Orleans resident, said the possibilities are truly limitless in the maritime industry, and she admitted she really hopes the students will ultimately find maritime jobs in South Louisiana.

“I’m a little selfish here, because I want to keep people in New Orleans,” she said.

This was the third year for TTCGNO’s student outreach program. The first event was geared toward younger students. Then, the organization pivoted to focus on students closer to graduation. Polk said last year featured representatives from transportation and logistics companies, with students meeting with each individually. This year, though, allowed the high school students to get their hands dirty and learn directly from a Delgado instructor.

And judging from the engagement and competition during the rotations, the students were excited to get a taste of the maritime industry.

They learned how important fire safety and preparedness is aboard a towing vessel or ship from Al Faciane, lead fire instructor for Delgado’s Maritime and Industrial Training Center.

“Who’s the firefighter out there?” Faciane asked students, referring to mariners on vessels. “You are. Who’s going to do the search and rescue out there? You are.”

As another group of students competed on the deckhand line handling course, Mike Freeman, a maritime instructor for Delgado, singled out several students who he hoped to see again as maritime trainees.

“When you graduate, come see me,” Freeman said to Frederick Thompson, a senior at Renaissance. “I better see you again, Freddie.”

Polk said that’s what it’s all about for TTCGNO and the other partner organizations at the Logistics Career Fair.

“Ultimately, our goal is to introduce young people to careers in logistics and the transportation industry,” Polk said.

For more photos, click on the slideshow below (photos by Frank McCormack): 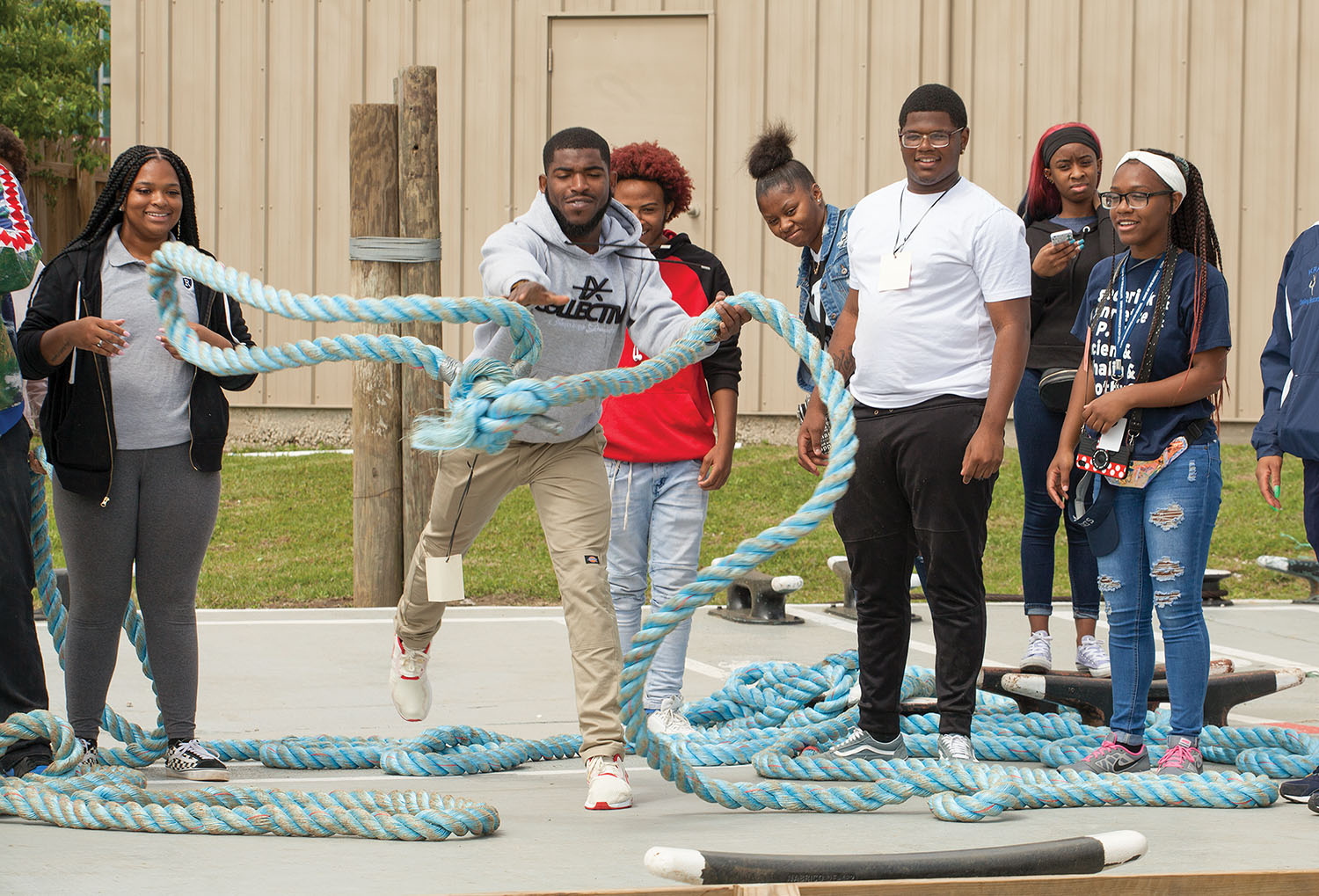 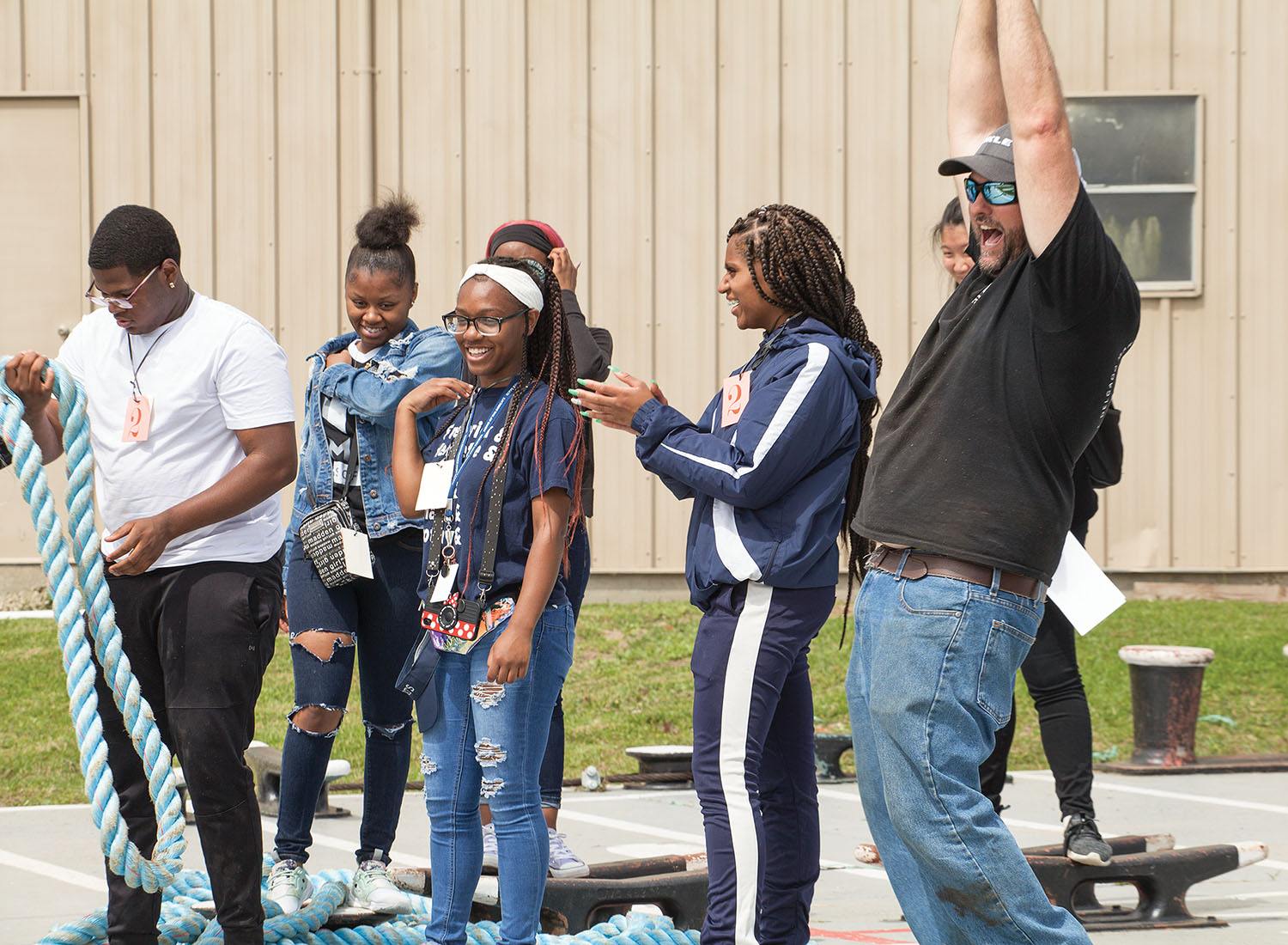 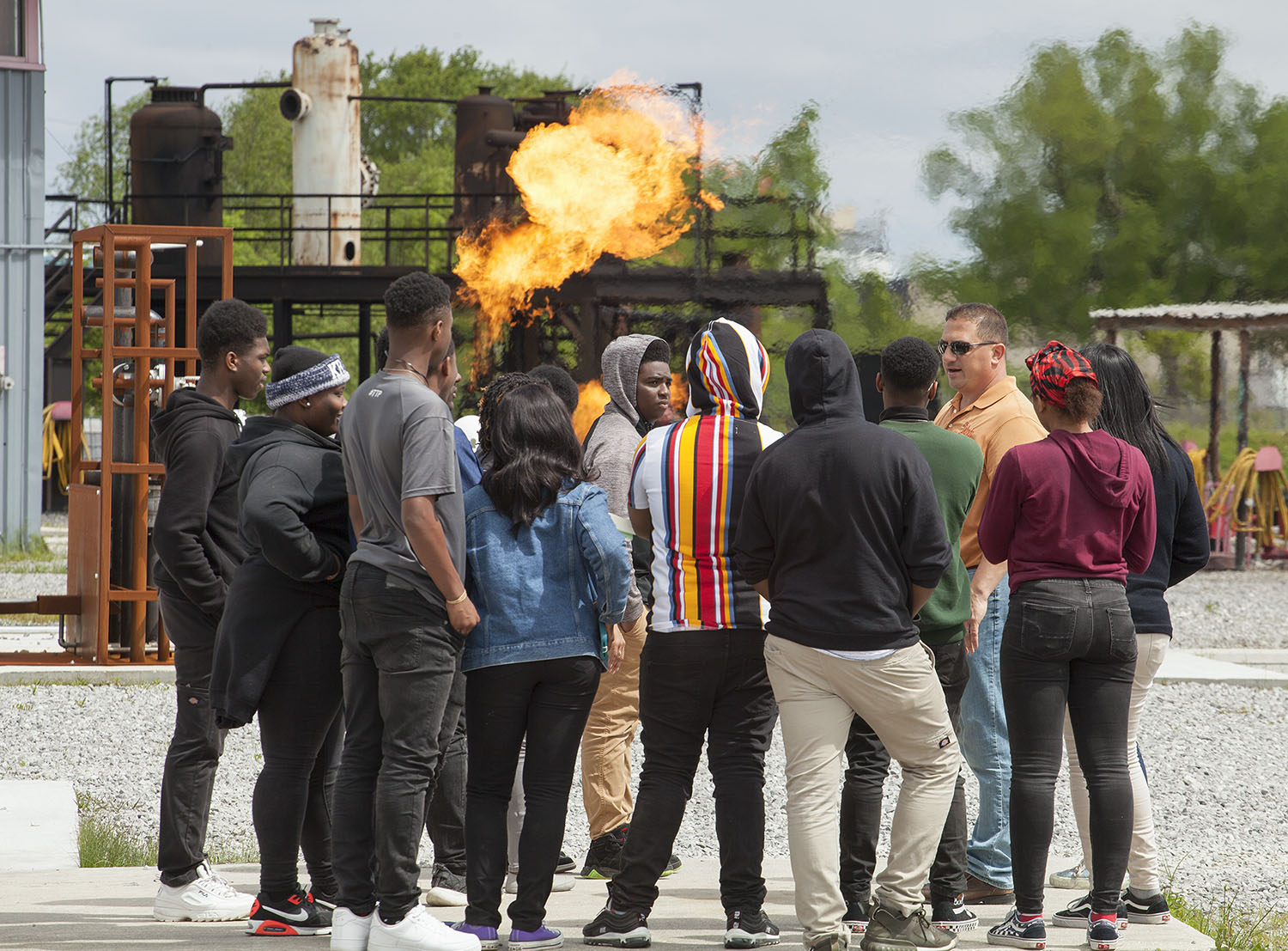 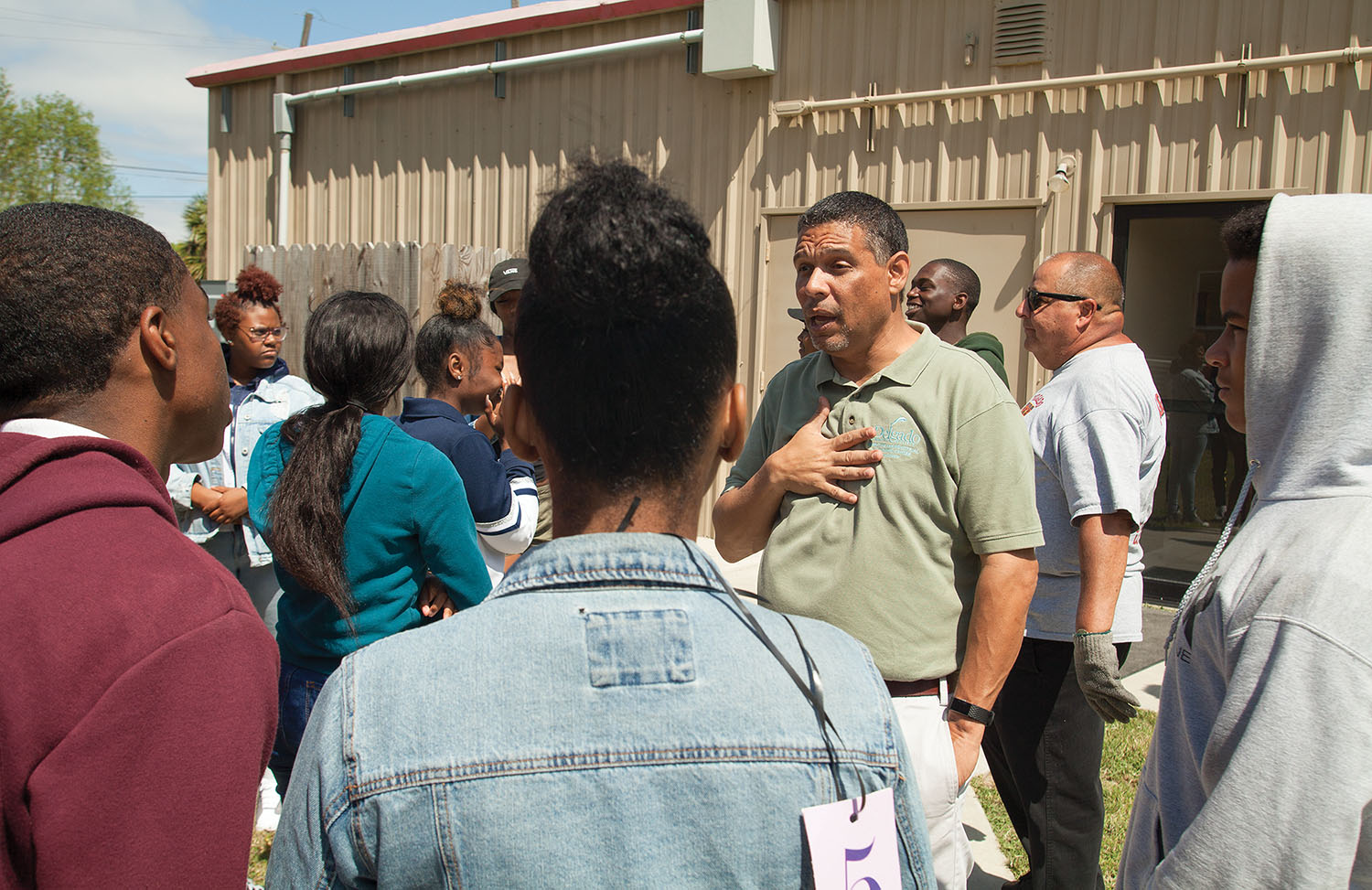 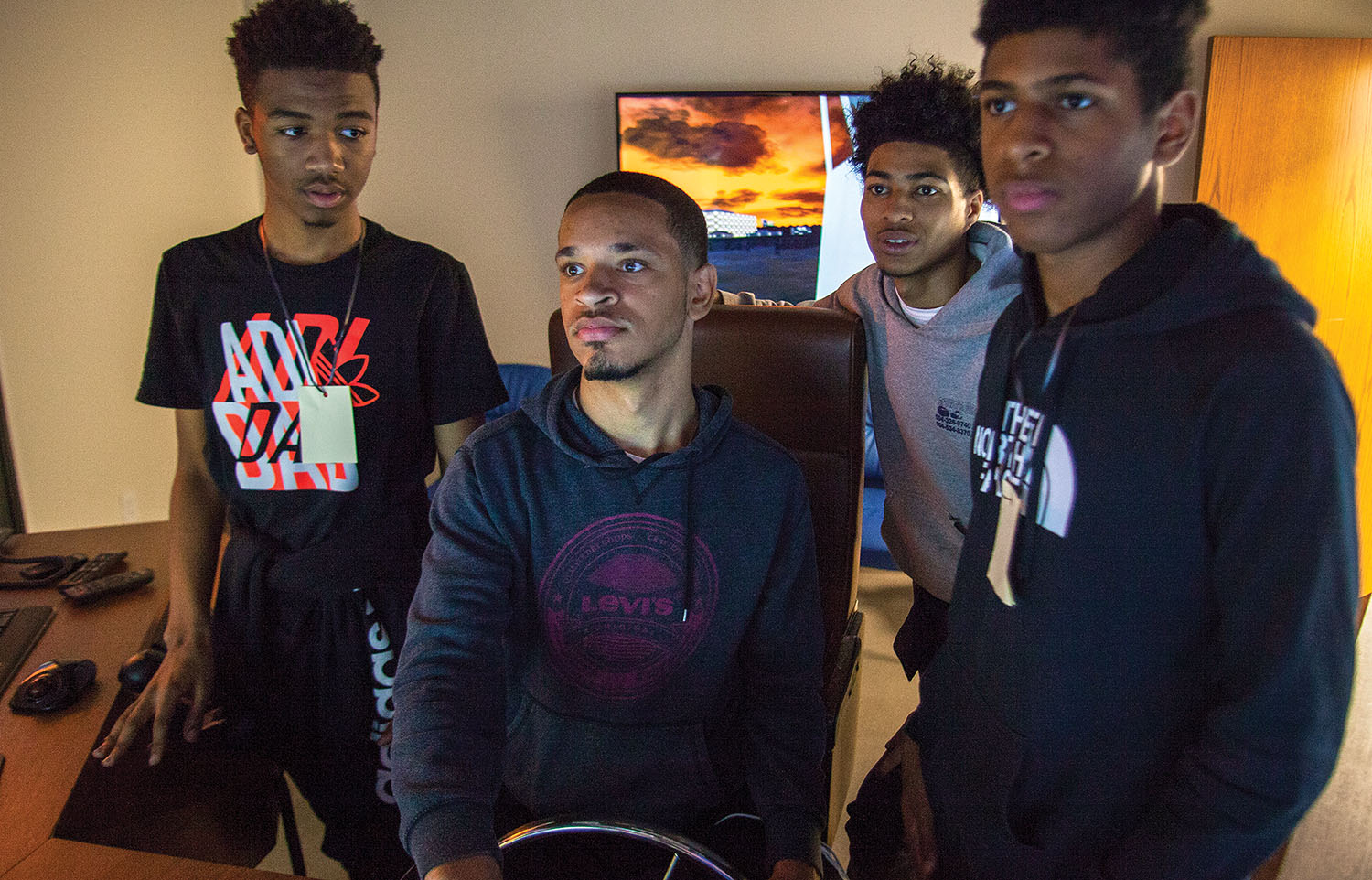 <
►
>
Frederick Thompson, a 12th grade student at KIPP Renaissance, attempts to catch a line on a kevel as part of a Logistics Career Fair at the Delgado Community College Maritime & Industrial Training Center.
Share this story...