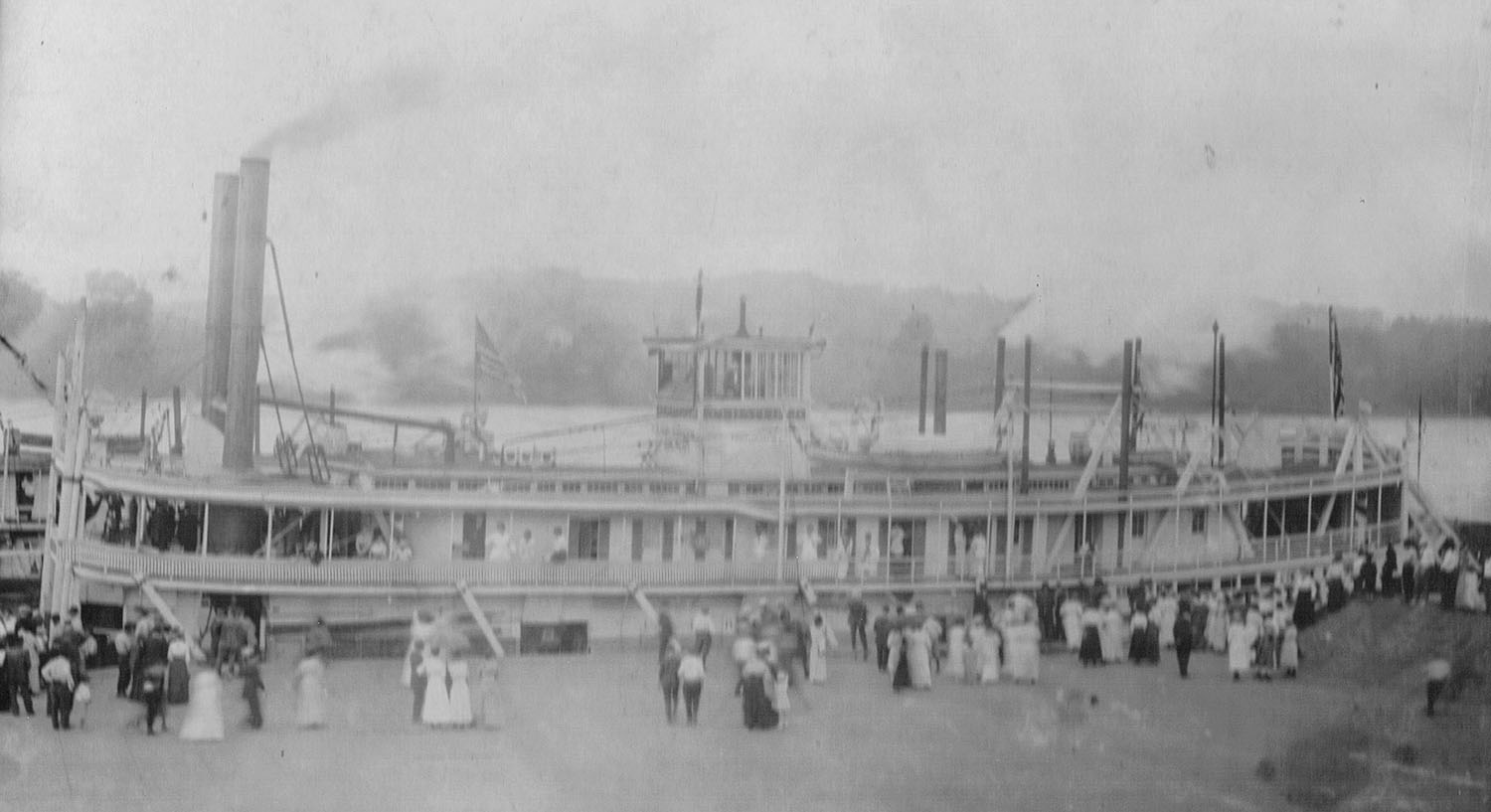 Capt. J.T. Hatfield, who long was in charge of the Hickey Transportation Company at Covington, Ky., had the honor of having two towboats named for him.

The first vessel was a wooden-hulled sternwheeler measuring 144.5 feet in length by 28.8 feet in width and having a hull depth of 5.6 feet. Built at Point Pleasant, W.Va., in 1904, the boat had engines (16-inch cylinders with a 6-foot stroke) that were recycled from the towboat Henry De Bus, which was dismantled just before the Hatfield was built. In 1928, the engines were replaced with machinery having 19-inch cylinders with a 6-foot stroke.

From the time of its debut in 1904 until early 1906, the boat made 31 round trips from the Kanawha River to Cincinnati. The Hatfield participated in the dedication of Ohio River Lock & Dam No. 26 at Hogsett, W.Va., in 1912. Capt. William Henry Martin was master of the towboat for some years, succeeded by Capt. Charles Gebhardt, who was eventually promoted to master of transportation for the firm.

During the installation of new boilers in 1920, the Hatfield sank near the wharfboat at Gallipolis, Ohio. Raised and repaired to run again, the boat’s next mishap occurred in January 1925, when it sank in the Guyandotte River; it was quickly raised utilizing its own steam. The next, and final, sinking happened at Charleston, W.Va. Again raised, the towboat was taken to the mouth of the Elk River and dismantled.

The roof bell, cast in 1871 by the Buckeye Bell foundry at Cincinnati for the towboat Rover, was placed in the Methodist Church near Lock No. 11 on the Kanawha River. The “wildcat whistle,” made by the Heslop shop at Point Pleasant from measurements taken from the whistle of the towboat Silas P. Coe was transferred to the towboat D.T. Lane.

The second J.T. Hatfield was a steel-hulled vessel, built by the Dubuque Boat & Boiler Company in 1927 at Dubuque, Iowa. Originally named General Ashburn, the towboat measured 130 feet long by 35 feet wide. Stoker-fired coal burning boilers supplied steam to condensing engines (rated at 600 hp.) having cylinders of 15 and 30 inches with a 6-1/2-foot stroke.

The boat was sold by the Inland Waterways Corporation to the Ohio & Kanawha Transportation Company in 1941. The name was changed to J.T. Hatfield when the company was absorbed by the Hatfield-Campbell Creek Coal Company in April of 1945. Capt. Charles Young was master of the vessel, with Capt. Ed Young and Capt. Mace Eaton as pilots.

In 1951, the company was taken over by the Amherst Barge Company.

The Hatfield ran three staged races with the towboat Weber W. Sebald in the 1950s for national television at Huntington and Charleston.

The riverboat was sold in September 1957 to the Armco Steel Corporation at Huntington and renamed Charles R. Hook. Decommissioned in 1959, the vessel was partially dismantled and ultimately became a floating restaurant named “The Riverboat” at Jeffersonville, Ind. In 1970, moored in the chute at Six-Mile Island, it sank and was a total loss.