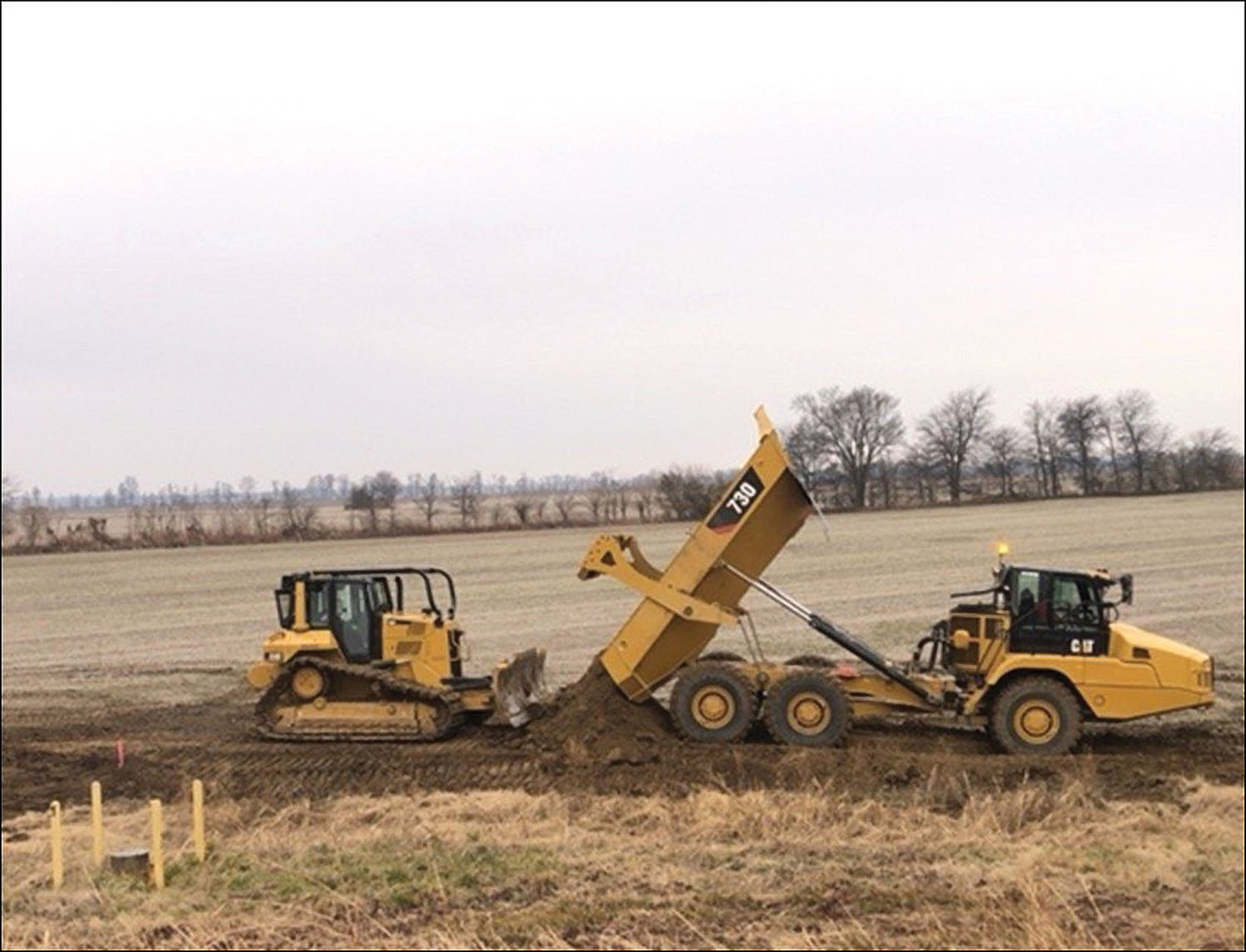 The Memphis Engineer District expects to complete a levee system along the Mississippi River in far western Kentucky and northwest Tennessee within in a little more than two years as work gears up on the final project to control seepage.

The district, in partnership with the Fulton County Board of Levee Commissioners, finished two maintenance projects in April: the Island 8 Parcel 1 Relief Well Ditch Restoration Project and the Lake No. 9 Collector Ditch Erosion Repair Project, both located along the Mississippi River Mainline Levee south of Hickman, Ky.

That allows the district to move on to the final project, the Island 8 Parcel 2 Seepage Remediation Project, project manager Ken Bright said. The project is within the Hickman, Ky.-Obion River Levee System, part of the overall Mississippi River Levees project.

The Hickman, Ky.-Obion River Levee System extends south from Hickman to the mouth of the Obion River. The system includes a line of levees that work together to prevent flooding in the 62.2-mile system, Bright said.

The system protects a 487.5-square-mile or 312,000-acre area with a population of 15,000 residents in Kentucky and Tennessee, including residential areas of Tiptonville and Ridgely in Tennessee. It contains property the Corps values at $700 million along with $1.3 billion in agriculture assets.

The Island 8 Parcel 2 project is currently scheduled for advertisement in July with a contract award in September. However, Bright said, the Corps must have the real estate required for project construction by mid-May to meet the schedule. If it does meet the current schedule, the project is scheduled for completion in late 2023.

Following the 2011 flood, the Memphis district installed more than 115 relief wells along the levee system, beginning 5 miles south of Hickman. The wells are designed to significantly reduce the likelihood of a levee breach during high-water events.

“The Island 8 Parcel 1 relief well ditch system has eroded and degraded over the years, so relief well water is overflowing from ditches at the levee toe and flooding roadways, structures, agriculture land, and infrastructure during Mississippi River high water events,” Bright said prior to that project’s completion.

Additionally, a gated culvert was installed in the relief well ditch system to restore proper drainage.

“Twenty-one relief wells flow into a field ditch at this site,” Bright said. “Concentrated flow during the 2018 flood caused significant erosion to the clay blanket at the levee toe (approximately a 3-foot deep erosion hole at the levee toe extending into the field). This erosion was threatening the integrity of the levee. It caused significant damage to the relief well ditch and the field.”

The work consisted of excavating and placing filter material and rock in the relief well ditch at the levee toe to repair and prevent further erosion.

“Without the restoration/repairs in these two maintenance projects, local flooding from relief well ditches would continue and could impact relief well performance and levee integrity,” Bright said.

The final project in the levee system, the Island 8 Parcel 2 Seepage Remediation Project, includes 79 relief wells between levee miles 2 and 4, immediately south of Hickman. It was fully funded in Congress’ supplemental appropriation in 2017 because of the 2015-16 flood. It is a top priority for the Mississippi Valley Engineer Division and the Memphis District.

Memphis District members observed extensive sand boils in this reach of levee during floods in 2011 and 2015-16. Sand boils occur because of erosion and piping through the levee’s foundation, which can cause the levee to settle and eventually progress to a levee breach if sandbagging intervention is not successful.

Until this final project is completed, the risk associated with the levee system continues to be considered high, Bright said.

“If left unrepaired, seepage issues could get worse and lead to breach of the levee,” he said. “A breach would result in flooding of all land within the protected area and result in loss of life and significant economic losses. The levee system will continue to be a high-risk system within the Corps portfolio, and there will continue to be a high likelihood of levee breach during a future flood event greater than the 2011 flood.”

With the work expected to begin this fall, however, the Corps and its partner are reducing risk for all of those in the region.

The most recent round of repairs to the levee system began in 2012, following problem areas noted in the 2011 flood. In addition to the other projects, it included construction of several berms and numerous maintenance projects.

Bright said with proper operations and maintenance, which will include the Corps working with local officials to inspect, assess and manage the levee system before and during floods, the system should last long into the future.

Caption for photo: Crews finished the Island 8 Parcel 1 Project along the Mississippi River Mainline Levee south of Hickman, Ky., in April, along with a second project. They are now preparing for the final project to revitalize the Hickman, Ky.-Obion River Levee System. The Island 8 Parcel 2 Seepage Remediation Project is scheduled to begin in the fall and to be complete in late 2023. (photo courtesy of the Memphis Engineer District)