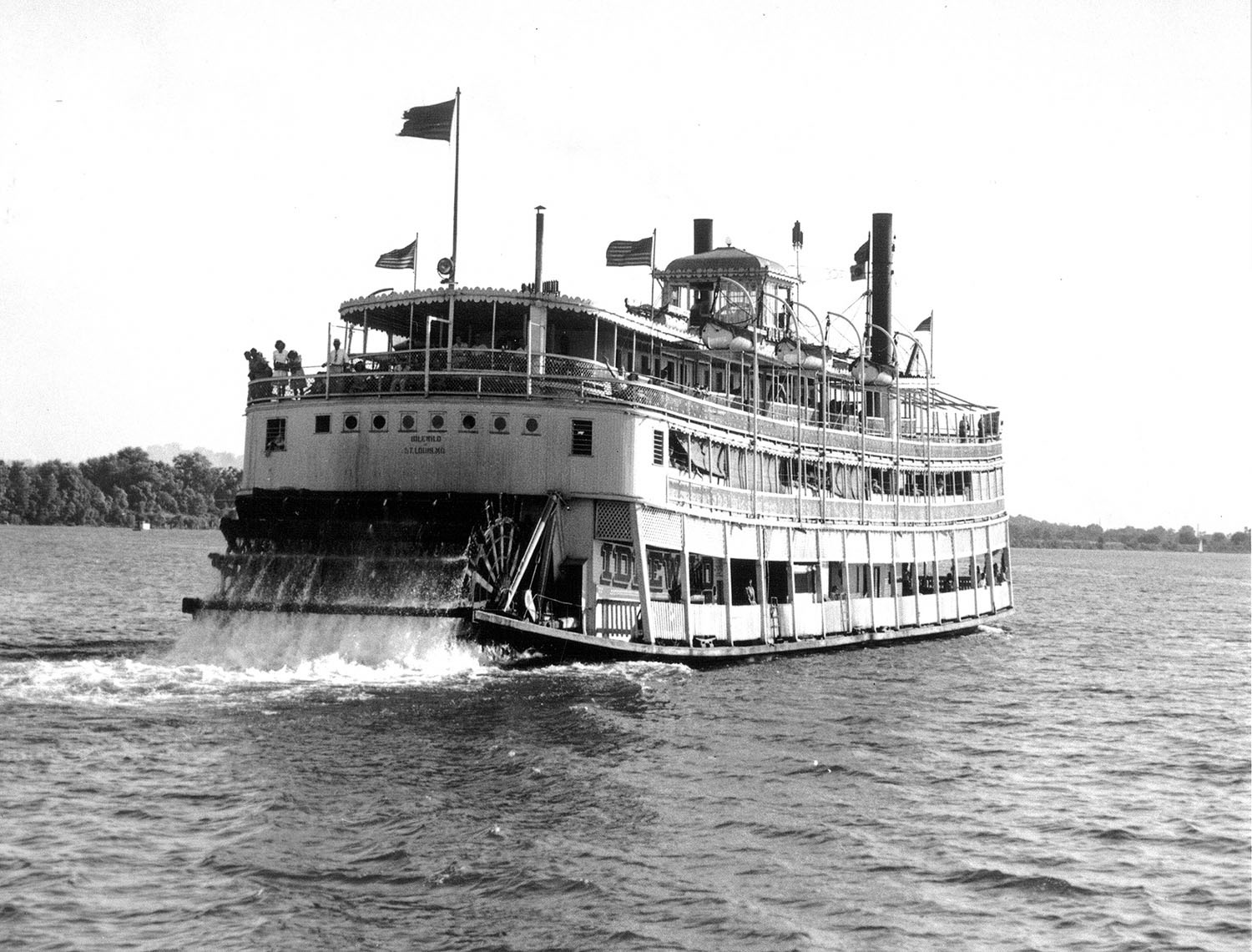 Steamer Idlewild Was Built To Last

One hundred and seven years ago today, the steel hull of the steamer Idlewild plunged into the Allegheny River at the James Rees yard on October 18, 1914. It is likely that no one there who witnessed the launching of the sturdy new sternwheeler gave any thought to the fact that it would still be operating more than a century later.

Shortly after the event, The Waterways Journal described the vessel in detail, listing the vessel as being 160 feet in length by 40 feet in width. Also mentioned was a beautifully finished “dancing room” with waxed hardwood flooring.

Built for the West Memphis Ferry Company, the boat departed Pittsburgh on its maiden trip on the frosty morning of Saturday, January 9, 1915, with a single crew commanded by Capt. James H. Rees, with Capt. Stewart H. Conner, pilot, and C.F. Halstead presiding over the engineroom. Capt. Fred Way (1901-1992) who lived at Sewickley, told this writer that he had a good view of the new riverboat passing down the Ohio River. He especially noted that the authoritative whistle sounded just the same to him in 1989.

Upon arrival at its new home port, the Idlewild immediately commenced work as a day packet and ferry between Memphis and Arkansas. By no means comparable to the palatial packets of the past, the new steamboat was sturdy, comfortable, safe and reliable, making it a notable favorite of the region.

By the 1920s, as paved roads and truck lines increased, there was a dramatic decline in the need for packet boats. The Idlewild changed owners several times, becoming a tramping excursion boat and offering brief cruises at river towns along the Mississippi, Ohio, Missouri and Illinois rivers.

In 1930, the large sidewheel excursion steamer America, considered Louisville’s excursion boat, was destroyed by fire while laid up for the winter at Jeffersonville, Ind. It was arranged for the Idlewild to replace the America for the 1931 season, making daily runs to the Rose Island and Fontaine Ferry amusement parks. It is now believed by some river historians that the calliope from the America was salvaged from the wreckage and installed on the roof of the Idlewild.

Records indicate that from 1934 through 1939, the boat carried nearly 700,000 passengers during morning, afternoon and evening cruises from the Louisville levee.

Capt. Ben Winters, formerly with the Diamond Jo Line and Streckfus Steamers, assumed command of the boat, but his tenure was short-lived. When the 84-year-old riverman passed away in early 1948, his final request was that the Idlewild’s name be changed to Avalon in tribute to the first steamboat upon which he served. The owners granted the captain’s deathbed wish, and the boat embarked on a new life that would last until 1961, taking the stalwart sternwheeler upon nearly every river with sufficient depth to float it.

After a very close brush with the scrapyard, the boat was sold at auction for $34,000 to become today’s beloved Belle of Louisville; it is almost unheard of for a steamboat to survive that long.

It still remains a mystery as to what boat the recycled engines came from, this would be a good project for researching Pittsburgh newspapers and trade journals.