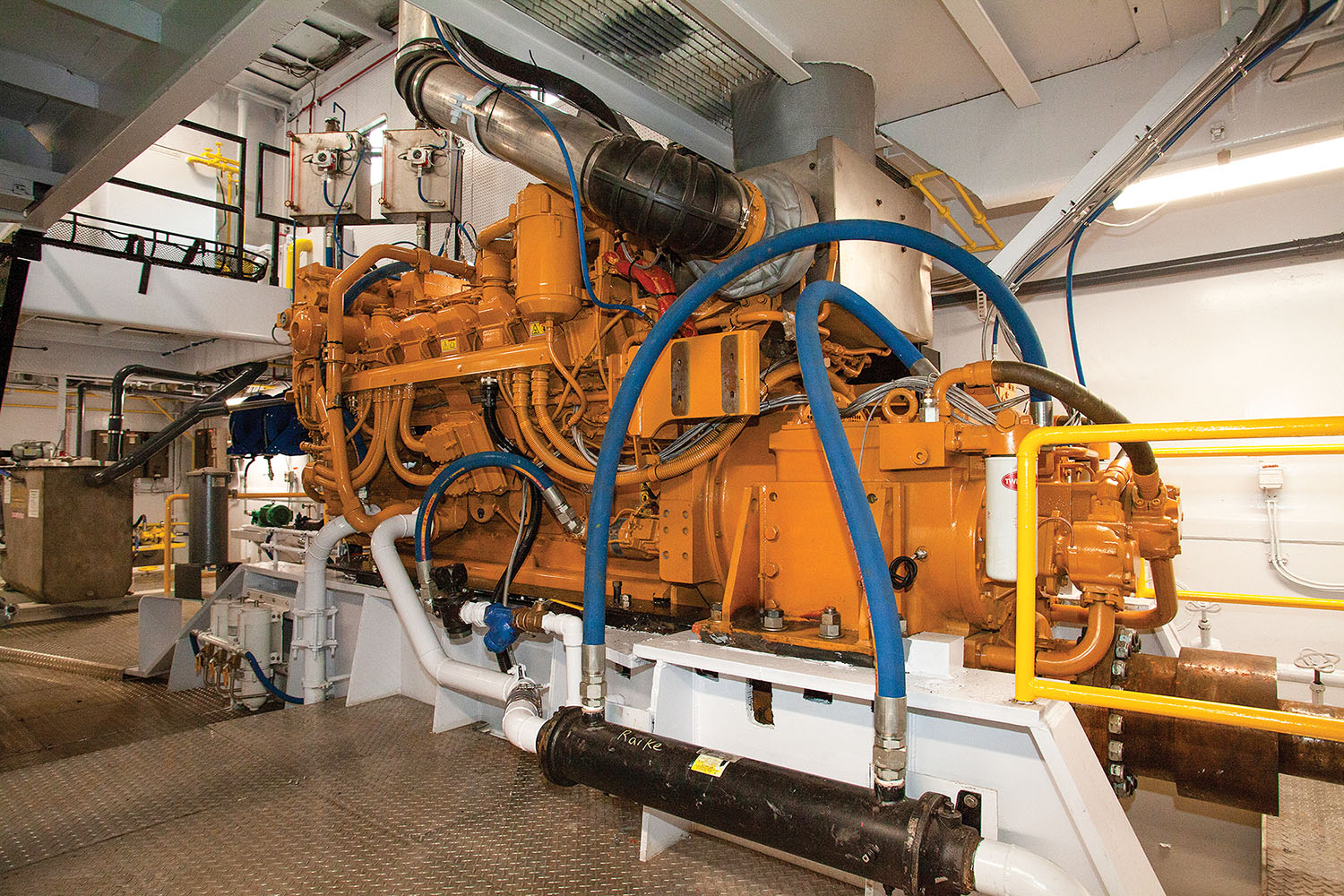 Campbell Transportation is in the middle of a major project to modernize several towboats. At a cost of $2.2 million per boat, it represents a complete re-engineering of propulsion systems that will increase horsepower, increase handling and maneuverability, decrease fuel consumption, reduce emissions and enhance crew comfort with less noise and 90 percent less vibration.

This project “demonstrates the company’s commitment to invest in its equipment and people to provide safe and reliable service to the inland marine transportation industry,” said Kyle Buese, president of Campbell.

In 1994 and 1995, five nearly identical towboats were built at Jeffboat in Jeffersonville, Ind. They were the mvs. Roger W. Keeney, Jeffrey A Raike, James R Morehead, James E. Pinson and Norman L. Snodgrass. All were built heavy with ¾-inch steel. Measuring 126 by 33.7 feet, they were each were fitted with two 12-cylynder EMD 12-645 diesel engines, Falk reduction gears with a ratio of 3.577 to 1 and kort nozzles.

Campbell bought four of the boats from American Commercial Barge Line (ACBL) in 2017. The Norman L. Snodgrass was purchased from AEP River Operations that same year and renamed the Tommy H.

All except for the James E. Pinson, which was sold, are being completely modernized. “We had a lot to work with,” said Mike Pilgrim, manager of vessel maintenance, referring to the size and healthy hulls of the four boats. Operating in freshwater, the boats all had minimal hull degradation, and they had good documentation, making it easier for The Shearer Group to draw engine room and stern modifications, said Joshua Sebastian, engineering manager.

The project kicked off the second week of January 2020. At the time, the estimate for completion was 4.5 months or 118 working days per boat. COVID-19 led to a six-week delay. Weather cost another seven or eight days, but the project kept moving forward. Weekly meetings kept things on track, Pilgrim said. Two boats, the mv. Roger W. Keeney (now the mv. Connie K) and the mv. Jeffrey Raike (now the mv. M.J. Monahan) are already back in service. The James R. Morehead will be on drydock next, followed by the mv. Tommy H.

Campbell partnered with Electra Shipyard, owned by Enterprise Marine Services, to complete the project. Pilgrim, who started his career as a deckhand for Magnolia Marine nearly 30 years ago, was the project lead. Jacob Brown, director of marine maintenance, construction and shipyard operations, led the efforts of the yard.

The engines were replaced with Caterpillar 3512 Tier 3 engines supplied by Dale Brosius of Cleveland Brothers. “These engines provide significant emission benefits over the pre-tier original engines that were replaced,” Brosius said.

Outfitted with Twin Disc MGX5600 gears and new kort nozzles, the boats are now 3,200 hp. “At the yard, they registered over 3,300 hp.,” Pilgrim said. The gears were supplied by Sewart and the new kort nozzles by Rice Nozzles.

The wheels, manufactured by Sound Propeller Services, were repitched at Texas Wheel Works.

By the time the project was complete, the Connie K was pushing 12 barges upriver and burning only 2,600 gallons per day.

While working on the boat, Pilgrim also converted some fuel tanks to freshwater tanks. Now the boats have 45,000 gallons of fuel capacity, plenty for each refuel when the boat takes on 15,000 to 18,000 gallons at a time, and the freshwater will provide more reliable ballast.

Another key result, other than more power with less fuel consumption and emissions, is that each boat will have vastly superior handling and maneuverability, Pilgrim said. With roughly 90 percent less vibration, crew comfort on the boat has never been better.

The boats are “better than new,” Pilgrim said.

The Port of Pittsburgh was awarded a $12 million grant from the U.S. Department of Transportation (Federal Highway Administration) in 2013. Since then, more than 40 vessels and more than a dozen different companies were able to apply the funding toward repowers. The grant helped pay for 50 percent of the cost of the new engines for these four boats.

(Editor’s Note: More details on this project will be available during a virtual presentation during IMX Virtual at 2 p.m. September 29. Visit inlandmarineexpo.com to register for free.)

For more pictures from the project, click on the slideshow below: 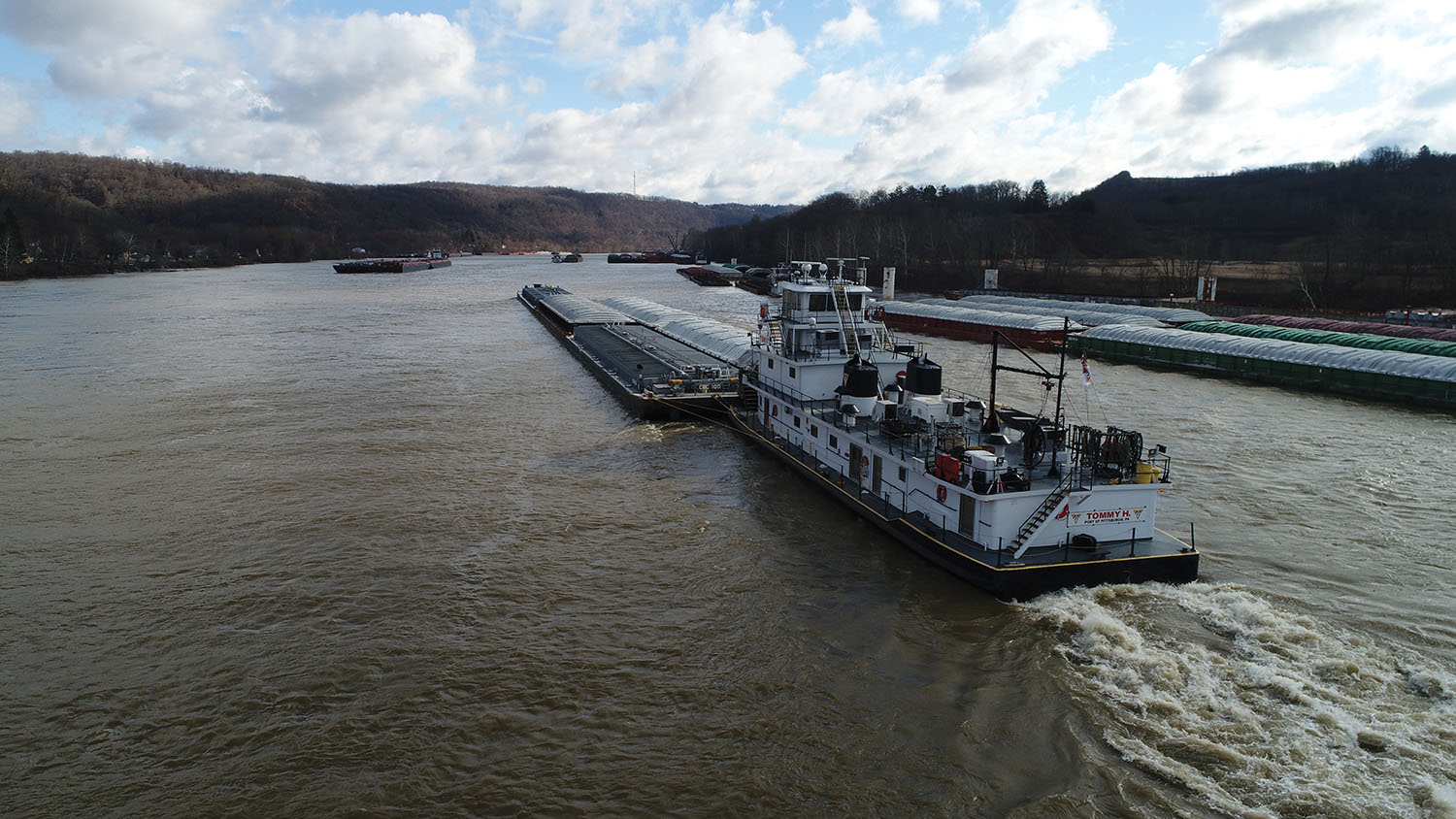 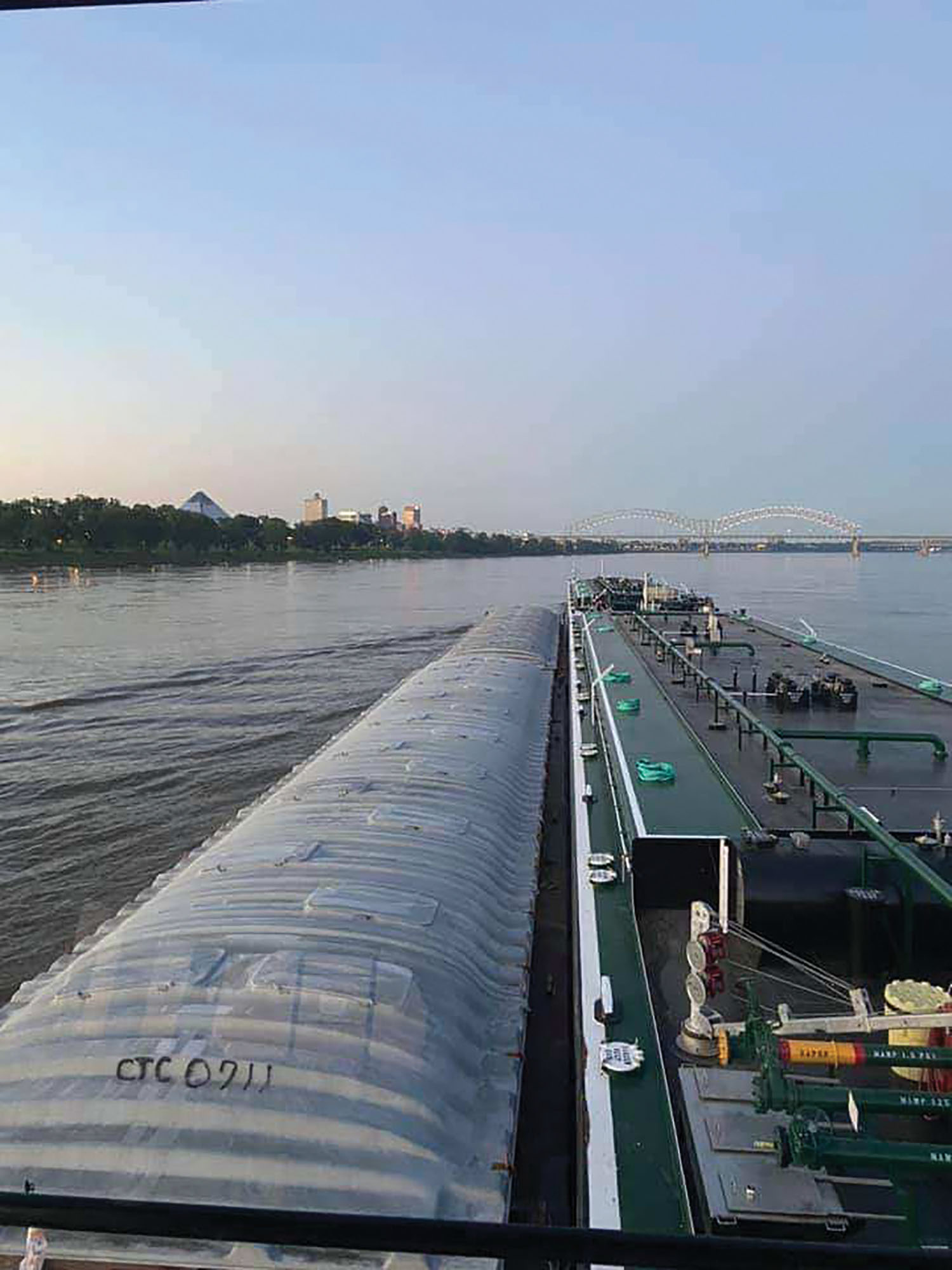 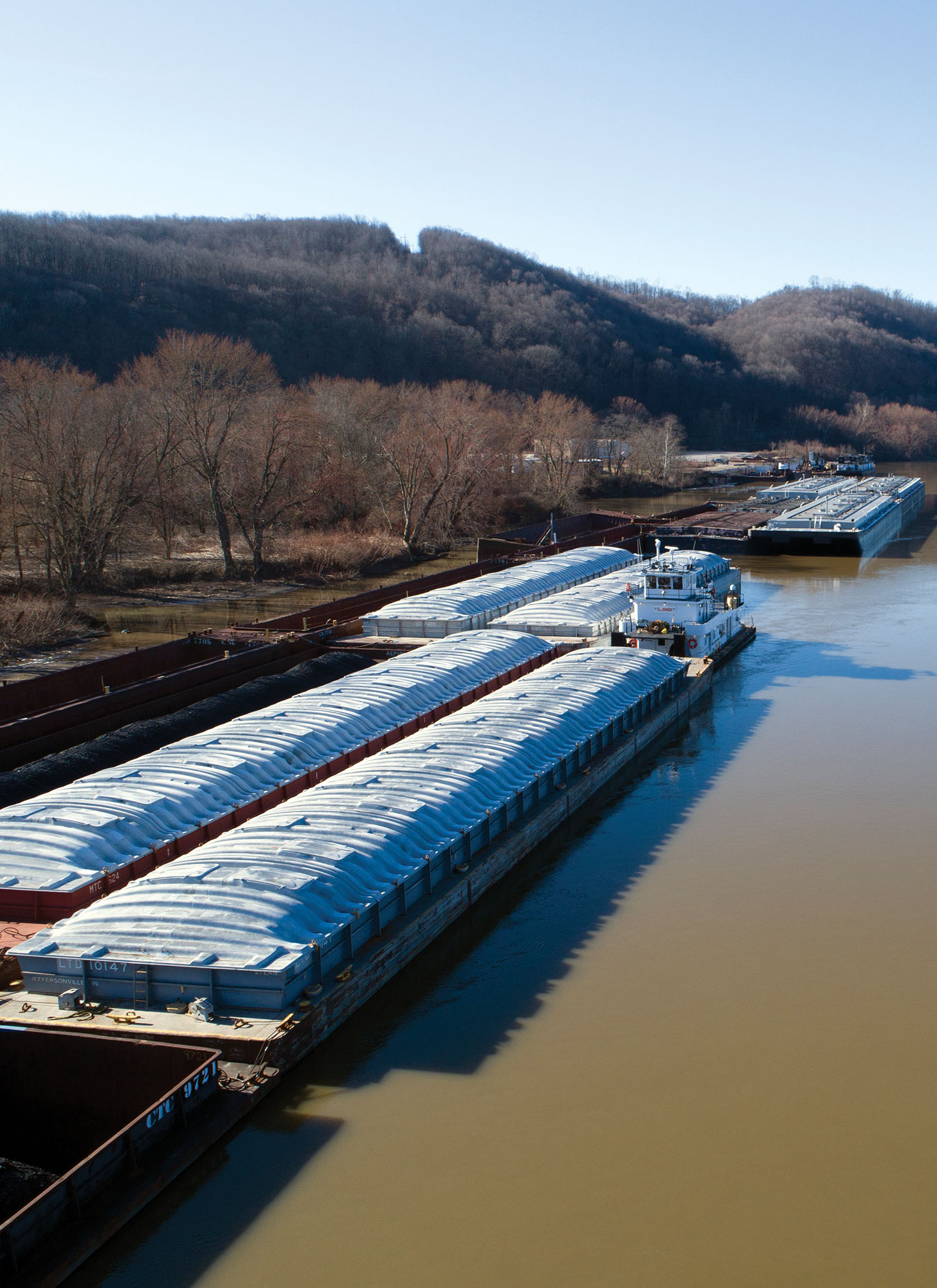 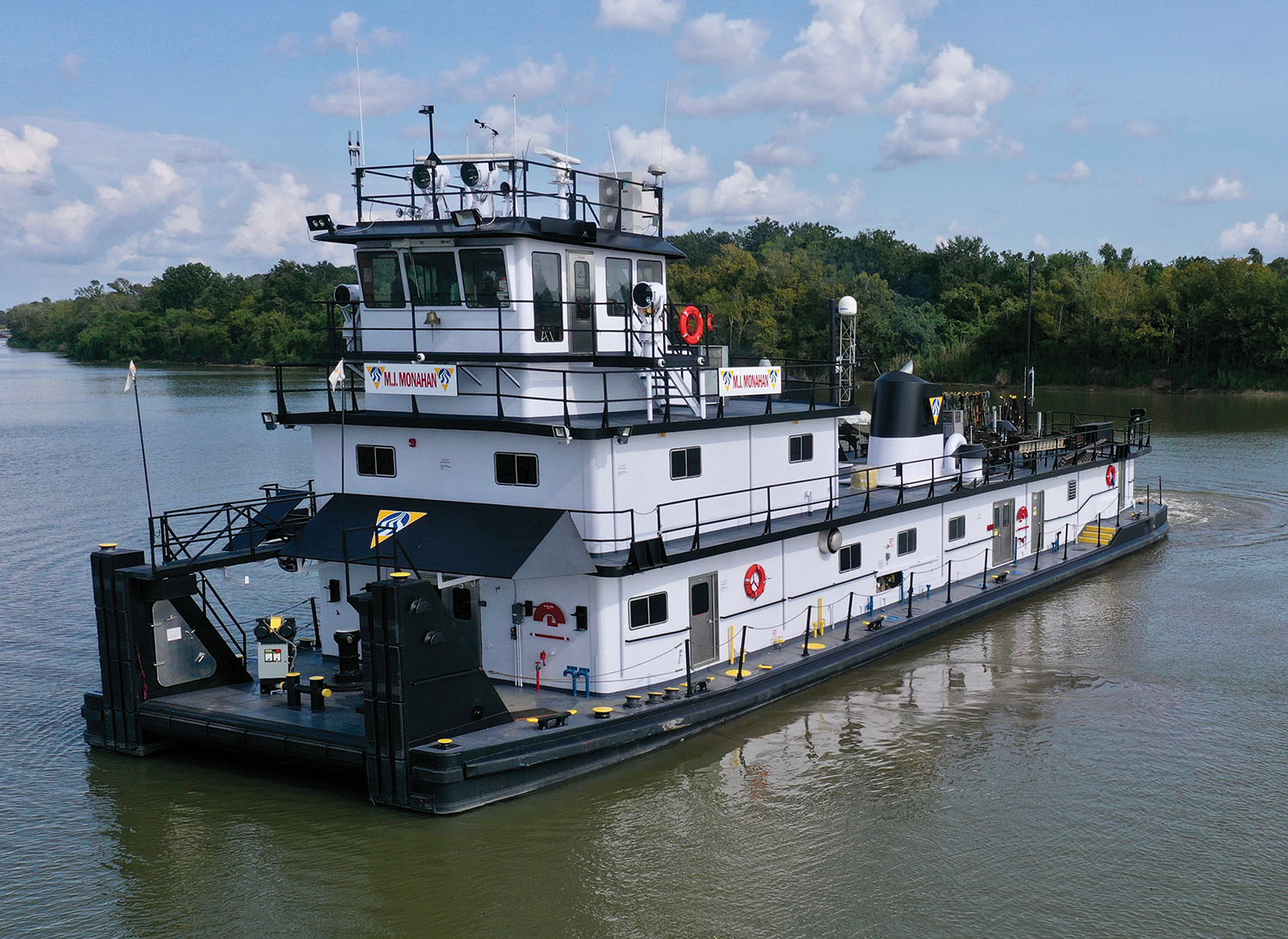 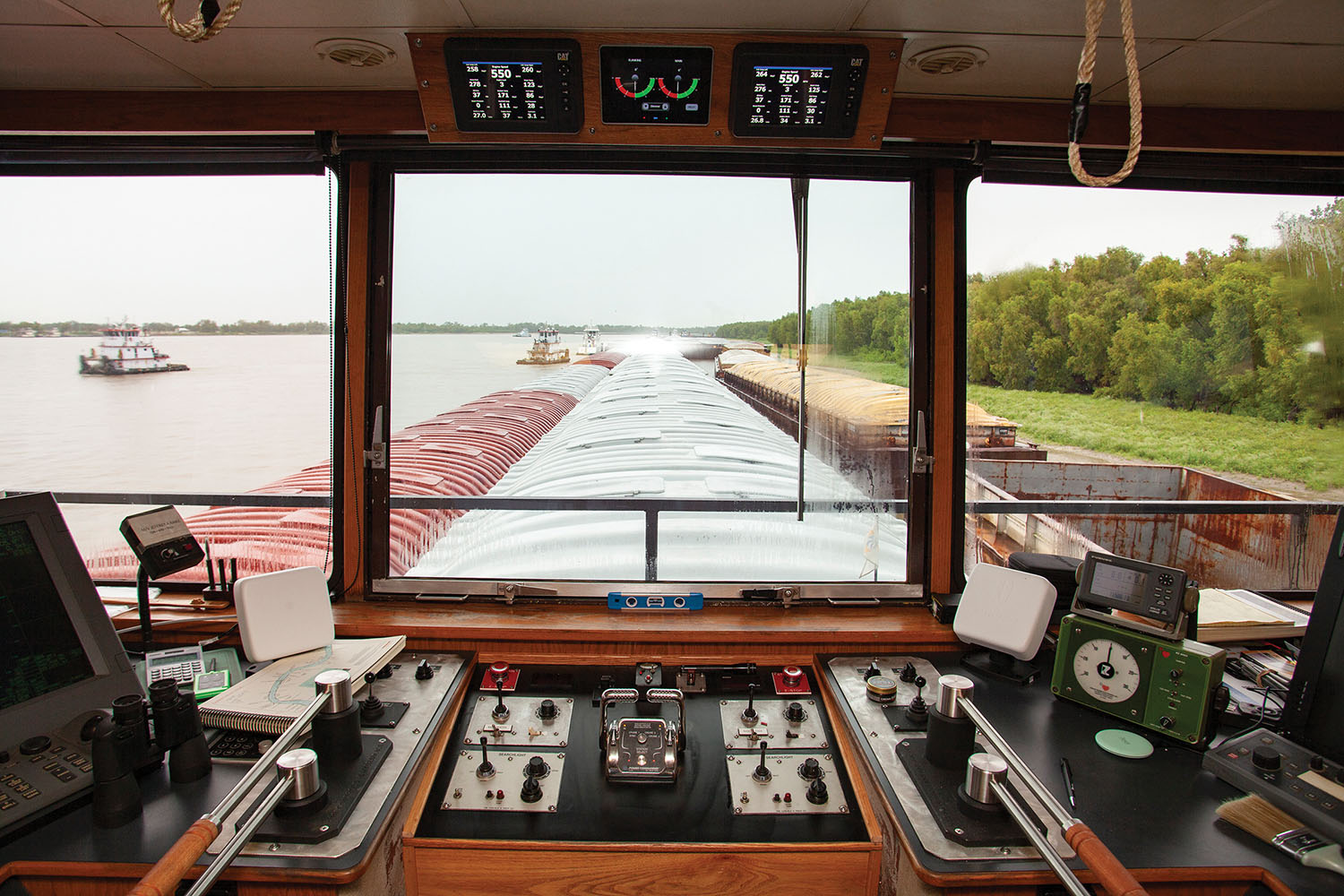 <
►
>
Mv. M.J. Monahan after work is done at Electra Shipyard. The boat is one of four getting an all new propulsion system with improved horsepower, fuel economy and crew comfort.